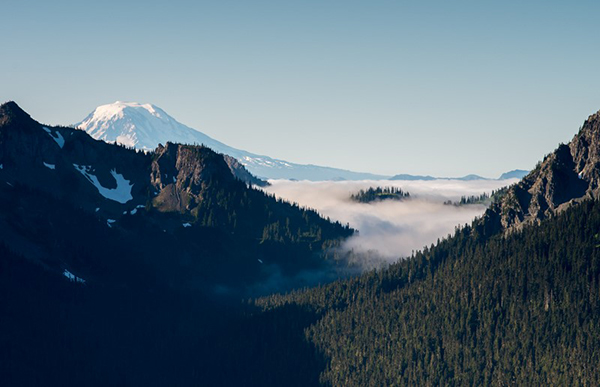 That’s what this holiday weekend is about for me this year.

I’ve been doing a lot of thinking lately, trying to figure out what my problem is with men. I’ve been single for almost 10 years now (it’ll be 10 years on September 25th). In that time I’ve had several FWBs, many one-night stands, countless first dates, a lot of second dates, and even 10 dates with one person over a period of two months. There was even one guy I tried for two years to work things out with, and that ultimately ended up a dumpster fire. I’m still convinced that the kiss of death was sex on the first date, but he had only been divorced for two months. I do tend to place the blame on myself because I’m the one who has been single for nearly a decade, so it must be me, right?

I think part of it is the fact that I’ve become accustomed to being single and even expect to be single for maybe the rest of my life. I’ve had to start my life over after failed relationships just enough times, I don’t want to go through that again. It’s mainly my condo, you know, I own this place and I’m leaving it to my son in my will. I’ll never sell it. I don’t want to end up moving and renting it out, either. Rentals generally become neglected and stuff starts breaking or getting destroyed. Also, what if it doesn’t work out, then I have to evict someone so I can move back in? Then have to get new paint, carpet, etc.? I don’t have time to be a landlord, and anyway, I work 1.5 miles away and my son is a 10-minute walk away. My current location couldn’t be more perfect.

As for moving someone in… that depends. I don’t have room for all of a guy’s things, his kids, pets, etc. It’s only 1,008 square feet and only two bedrooms. My bedroom is as full as it can get with my bed, bookcase, dresser, night stand, and home office. The guest room, well, that could change, I guess, but I really love it the way it is as a place to go and unplug. Then what if it doesn’t work out and he’s lost his place? People sign leases and renew every year with modest rent increases, and if they move out and get a new place, nowadays, it’s a significant increase. I don’t want that to happen, either. That’s not fair at all.

I’m so set in my ways after all this time, but I met someone who is making me think– a lot.

I’ve been on OkCupid for about five weeks. Actually, I disabled my profile a couple of days ago because it’s a terrible experience most of the time and when I find someone I want to explore compatibility with, I like to give them my undivided attention because that’s the respectful thing to do. When I first get on there, I’m hit with a barrage of messages like, “Hello gorgeous” from men in their 20s looking for sex with older women. Then I swipe right on several profiles, send an “intro,” and they don’t respond. After a while I start matching with several of them who had swiped right on me. Either they never message me, or I message them and they don’t respond; or they do, and the conversation goes nowhere. There’s the one who only wants to talk about the work we do that we have in common. Another wants to play 20 questions, but not engage in meaningful conversation. Another sends one-liners and doesn’t answer any questions I ask. Yet another does engage in meaningful conversation, but after three weeks of that, still has excuses not to meet in person. Then there’s the one who seems nice, sends thoughtful messages and engages in meaningful conversation, and wants to set up a date. There’s just one problem– he’s too eager.

Mr. Eager and I agreed to meet and I suggested “next weekend” which we agreed on because he said he was going to go hiking that weekend. I had plans as well, but he said, “We could do this weekend if you’re available.” The fact that he was so eager to see me so soon made me recoil a little bit, so I said, “I am busy with some spring cleaning projects this weekend.” I really did have pressure washing and a car wash planned, but I also needed time to mentally prepare for a date, especially with someone so “excited” to meet me.

Meanwhile, I came across a profile of a guy who had pictures of himself kayaking and hiking and although his profile didn’t say a lot, it said just enough about him to know that we probably had a lot in common. So I sent him a message and he responded. I was surprised he responded. I wrote back, and he responded again. It was an interesting enough conversation to keep me coming back, and I was intrigued. So when he sent me his phone number and said he was going to Silverton, I texted. I would have called, but I really was busy with pressure washing and cleaning the car and then getting myself cleaned up for about five hours. Then I thought… I’ve worked so hard and I’m so physically spent, yet invigorated by the nice weather, and I’d like a drink. Maybe a drink with someone would be nice. I was in the mood to socialize. So I called this guy and left a voicemail, and he called me back. By that time he’d already passed back through my area, and I was actually disappointed I wasn’t able to meet him. We talked on the phone for almost an hour and we had such a good talk, we decided to meet. So we planned on 1:00pm the next day.

The next morning he texted me pretty early and asked if I was an early riser or a night owl. We are both early risers. That stuck in my mind because something so simple as that can be so important in a relationship. He was up and around and bored, so asked if we could get together earlier. I agreed and he was here in town by 10:00am. We went for a walk in the park, had lunch, and came back to my place and talked for a while. We had a good time together and talked about a lot of things. There was just one thing– I wasn’t feeling that ‘spark’… those butterflies that I feel when I feel an instant attraction and romantic connection with someone right away. I was honest with him and told him so, and I felt so bad about that but I’m always honest with my feelings.

When we were sitting on my couch, we stopped talking and I asked him what was on his mind. He said, “snuggling.” So we snuggled and there was touching, then kissing, then a hand down my shorts. That was as far as it went, but it was all so good. Then he left. We’d spent seven hours together that flew by.

After he left I’d been doing some thinking and decided that maybe we could be friends with some benefits but just not to go all the way to sexual intercourse. He agreed that would be good for us. When he was here I told him I didn’t want to have sex with him because I knew my pattern– have sex with a guy I’m not immediately 100% excited about, feel guilty, then disappear. I had a feeling he really liked me, and I didn’t want to do that to him.

How do I not fuck it up?

I know the other reason I’ve been single for so long is my personality. I’m very particular about who I spend time with and have high standards. But when I do meet someone I really like, I am too open, honest, direct, and come on too strong. I text them incessantly and I become that which drives me away– the overly eager one. I don’t give them enough time or space and appear clingy and needy. It’s my biggest downfall. These are the ones who give me “butterflies,” which I’ve come to the realization is just anxiety. That leads directly to my fear of abandonment, and then I do that thing I do and drive them away.

Every time I do find someone I really like, I tell myself I’m not going to do that this time and I end up doing it anyway, and it always ends the same way– with them ghosting me. It’s my own damn fault. It’s not as if I don’t have my own life and enough to keep me busy; between my job, friends, family, this condo and my hobbies, I do. I’m just really good at managing my time and getting shit done, and I type/text really fast. I always have a lot on my mind and a lot to say, and I’m an open book. I need not to be. I need to leave some mystery and intrigue, and give guys time and space and understand that most of them don’t actually like texting. This guy… he’s OK with talking on the phone, and so am I. I really enjoy hearing his voice and having a real time conversation. He’s so amazing to talk to. Every time I talk to him, I get off the phone so happy to have been able to talk to him.

This one… he makes me feel happy and I don’t dread the “date” that always feels so forced and like a job interview. Being with him and talking with him feels so natural and good. Also, when we spent that day together and I wasn’t feeling that instant spark, I didn’t feel like I needed to impress him and I was completely 100% myself and spilled my guts about why I’ve been single for so long. I told him about a lot of things from my past… so many things I would never say on a first date where I felt the need to impress. I was my unabashed, casual self, and he’s still talking to me and still wants to see me again. I shouldn’t be surprised by that because I am awesome… I just never meet men who see me for who I really am and appreciate my authenticity and honesty. It’s not just exceedingly rare, it never happens.

I can’t fuck this one up.